Anki is a flashcard app that anyone can use to remember things long term. In med school, thanks to some big online communities, it’s very popular. But that’s more in theory rather than practice – the majority don’t actually use it!

In this article you’ll learn:

Contents show
1 How Many Med Students Use Anki?
2 Why Don’t ALL Med Students Use Anki?
2.1 Anki’s Steep Learning Curve
2.2 Anki Alternatives
2.3 Flashcards Are Hard Work
2.4 People Don’t Like or Trust Anki’s Premade Decks
2.5 People Don’t Trust Flashcards As An Effective Study Tool
2.6 Anki Is Paid (But Only On iOS)
2.6.1 Is Anki Worth Buying?
2.6.2 Why is Anki So Expensive?
2.7 Confusion Over Anki Apps
2.7.1 Is Ankiapp The Same as Anki?
2.7.2 Is AnkiDroid the Best Anki App?
3 What Most Med Students Get Wrong About Anki
4 Common Mistakes Using Anki In Med School
4.1 How Many Anki Cards A Day Should You Do In Medical School?
5 Final Thoughts: How Many Students Actually Use Anki?

How Many Med Students Use Anki?

Because there’s no actual statistics, we don’t know with any certainty how many med students use Anki. According to the data from Cram Fighter however, the amount is pretty small. Only 25% of US med students report using it in one limited study.

This seems to be a similar percentage to the anecdotes shared on other areas of the web. But the number could be smaller. This Reddit article here, for example, suggests that could be the case:

US med student here. I would say about 15% of my class actually uses Anki religiously, although most people at my school know what it is. They just don’t understand the true power that comes with it.

My own experiences are in-line with this. Most of my classmates know what Anki is but few of them (I’d estimate 10-25%) properly use it.

Maybe there’s more bias toward using it at more competitive schools (including most of those in America). The Reddit community r/medicalschoolanki could have a lot to do with this. As well as many med schools recommending it in the information they give to new students (even the American Medical Association has an article pushing it).

But still, the data (and the personal anecdotes) show that Anki is not that frequently used in med school.

Which is surprising, given its efficacy.

Related: How To Study Medicine Effectively: Why I Started A Daily MCQ Practice Group

Why Don’t ALL Med Students Use Anki?

There are many possible reasons why med students are ignoring anki as an effective learning tool. Here’s what I feel are the major ones:

Anki’s interface isn’t easy. To newcomers it can be pretty intimidating. Many don’t know that to fully realize its potential you’ve got to both persevere and play around with the many free plugins out there.

It’s also complicated by the synchronization feature to Ankiweb. A lot of new users get frustrated when trying to use it across several devices. They run into trouble early and simply stop using it.

If people started out watching a couple of good YouTube tutorials first it could really help them understand the nuances of the app. Here’s a good one to help show what I mean…

As I mentioned before, many med students know about Anki (and the power of flashcards) but just prefer to use other tools to get those benefits.

Popular digital alternatives that exist and are similar to Anki include:

And there are loads coming out all the time! Even individual prep courses for med schools sometimes have their own. CramFighter (previously mentioned) is one of those.

Besides these digital flashcard apps, lots of students prefer to make their own flashcards on old school paper cards. Or buy printed versions from some of the best recommended subject books. I mention some of these in my article The Best Way To Study Pathophysiology (The Ultimate Guide).

Maybe they see these alternatives as easier to use or have a habit of using them.

Ripping through flashcards is still studying at the end of the day. And for a lot of students, particularly those who love the passive commitment of highlighting and re-reading notes, using them can be hard work.

Having 500+ reviews to do everyday (as you usually do with Anki) is hardly an appealing prospect. But neither is the process of creating your own flashcards either.

If only med students recognised that almost always someone has done the hard work first, maybe they’d visit Anki and use some of the amazing pre-made decks out there.

Making great flashcard decks is a difficult process. That’s a lot you can get wrong. Especially if you don’t have much experience or haven’t done much research into the science behind great flashcards.

The great thing about most of the premade Anki decks though, especially the types I recommend on this site, is that they’re based on fantastic resource books that synthesize the core concepts.

But getting to students to trust them, particularly when they don’t see a direct parallel between the material in the decks and the things presented in their class lectures, is an uphill struggle.

It might be weird but not every med student buys into the science-backed principles of things like spaced repetition and active recall. To them, it’s a foreign way to study. And not one they’re used to.

They might be reluctant to step outside their echo chambers also. Especially if professors or friends have told them there’s a better way of doing things or that “flashcards don’t work etc”.

Anki Is Paid (But Only On iOS)

Another huge reason med students might avoid Anki is because they pay one trip to the Appstore and see that the app costs $25 (despite it being free on both desktop and Android).

Is Anki Worth Buying?

The thing is, you don’t need to buy Anki. It’s open-source software that you can download for free. Meaning you can use it on your Mac or Windows computer without ever having to pay anything (this is one of the big reasons why I recommend laptops over tablets by the way).

I bought the iOS version many moons ago though and can safely say it’s one of the best app purchases I ever made.

Why is Anki So Expensive?

The reason it costs on iOS and doesn’t on other platforms is because it’s much more time-consuming to develop and maintain. iOS apps are coded in Objective C and not Python (like the PC version). The developer has to cover the costs of working on two code bases.

Because of the issue relating to the paid iOS version and the free Windows and Android versions, Anki gets a little confusing when used on mobile devices. There are other similar-named apps that people download and use thinking they’re Anki. Except they’re not.

Is Ankiapp The Same as Anki?

No. This is a completely different app and has fewer features.

Is AnkiDroid the Best Anki App?

The fact it’s free and is the most official Android version of the software suggests yes.

What Most Med Students Get Wrong About Anki

Having explained why Anki is probably less popular than it deserves to be, let’s get into the things most med students get wrong about the software.

The way I see it there are four main things:

That last one is particularly important when you consider how little exam grades (NOT STEP/board exams) matter.

Related: What is the Best Anki Deck for Step 1?

I mentioned at the start of this article that many of my classmates might know about or use Anki but few do it “correctly”.

Here’s more on the common mistakes I see them making:

If they did do all these things I’m pretty sure they’d be convinced by Anki’s power as one of the most effective study tools for learning medicine.

How Many Anki Cards A Day Should You Do In Medical School?

As many as your reviews dictate. So if that means grinding out an extra hour you do it. That’s time you’ll save in the long run having to relearn something you already forgot.

Typically I’ll learn between 20-40 new cards a day though. The trick is to start out a long time in advance of crucial exams. And to just keep going.

Final Thoughts: How Many Students Actually Use Anki?

More med students should use Anki than they actually do. The effectiveness of spaced repetition combined with active recall is definitely not something you want to ignore. Nor is the fact all the hard work (creating killer decks etc) has already been done for you!

Why not give it a try? As this article has shown, it costs nothing…

Born and raised in the UK, Will went into medicine late (31) after a career in digital marketing and journalism. He’s into football (soccer), learned Spanish after 5 years in Spain, and has had his work published all over the web. Read more. 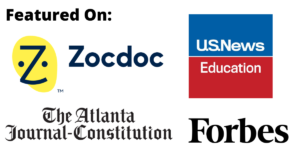 Hospital volunteering opportunities near you